Teeth tips for chaps pt.II - from our reception team 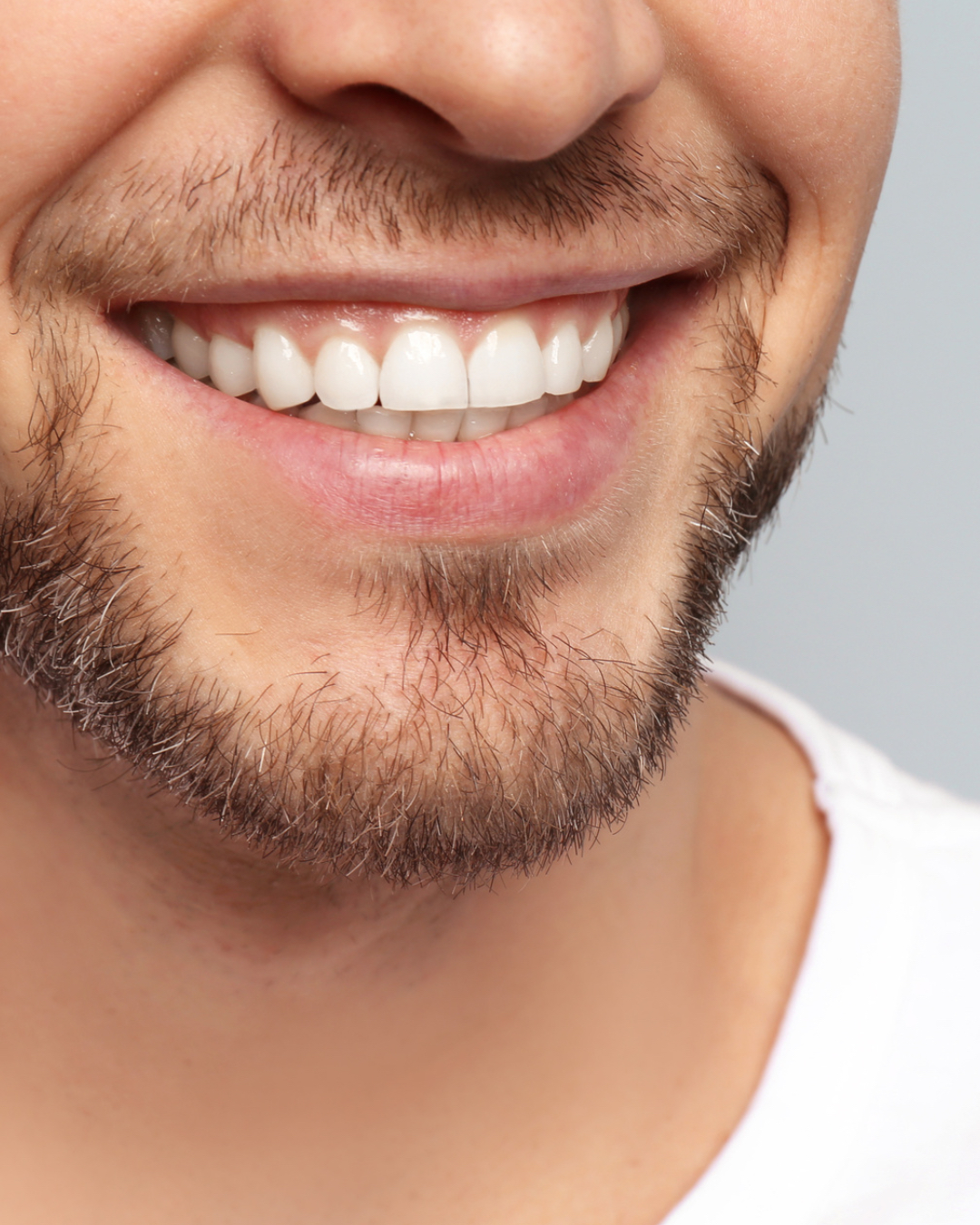 After our last Teeth Tips for Chaps post, we established that you like to take care of your image.  In this part, I’m going to be investigating another side of looking good - your diet.

If your Instagram, Twitter and Facebook feeds are anything like mine, they’re full of posts of healthy breakfasts, steak dinners and ‘Before & After’ photos!  So the interest in healthy living shows no signs of decline.

But before you reach for that smoothie, there’s something I have to share.  Not everything you think of as ‘healthy’ is good for your teeth.  In fact, a lot of it is just the opposite…

Time for the scary truth

I'm going to share some personal experience.  Not long ago, I decided to do something about my weight and went on the Cambridge Diet.  I lost three stone and as you can imagine, was really chuffed with myself.

That was until I had a regular dental examination with Lewis.  Due to the high sugar content of my diet (from fruit and shakes), I needed five (FIVE!) fillings.

Lewis: “If you carry on with this Sarah, you’re going to lose even more weight ‘coz you’ll have no teeth left to eat with.”

That was me told.

So to give you an idea of the sugar content of some ‘healthy’ drinks, I looked at one of the most popular - smoothies.

Smoothies and your teeth 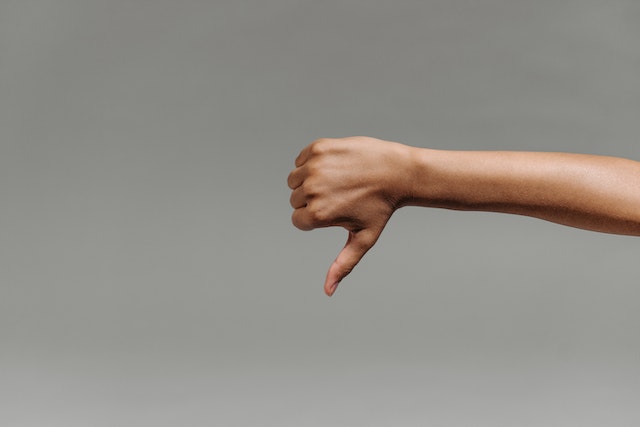 Why the thumbs down?  Believe it or not, this Innocent 'Invigorate' smoothie* has MORE sugar per 100ml (11 grams) than Coca Cola does (10.6 grams).

And bear in mind that we all tend to drink the whole bottle or can at a time, this makes the numbers even worse… The smoothie is in a 360ml bottle (total sugar 39 grams - that’s nearly 10 teaspoons), and a can of Coke is 330ml (total sugar 35g or just under 9 teaspoons).

So as far as your teeth are concerned, there will be no difference to them whether you drink a smoothie or a can of Coke - they’ll do similar damage. 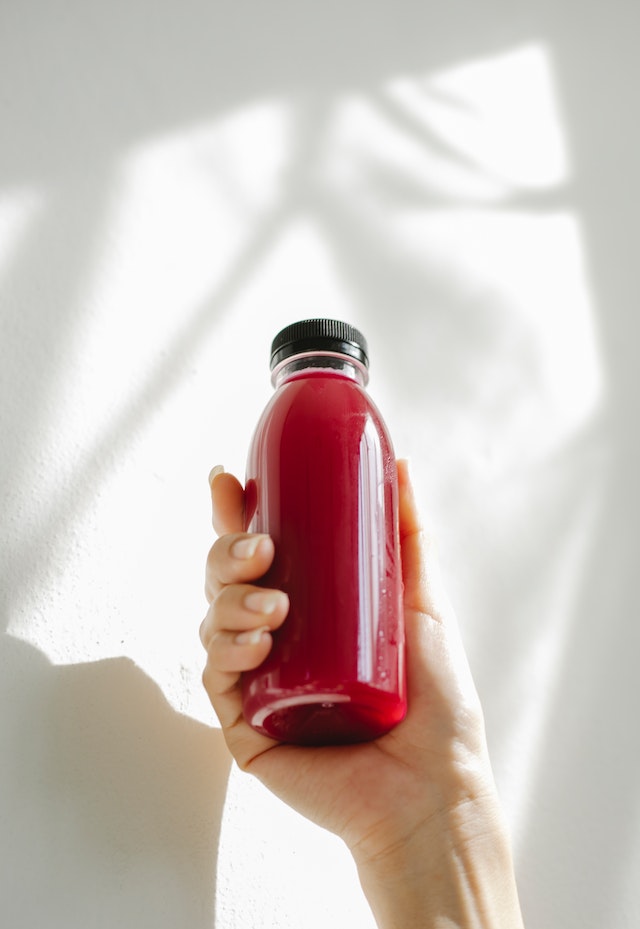 * I have to totally ‘fess up.  I drank the whole thing.

The blog photo shoot was on one of the hottest days of the year, and the smoothie came straight out of the fridge.  But there’s a worse reason.  Even after comparing the sugar content, even after doing the maths of how many teaspoons of sugar are in the bottle, even after talking to Lewis about it, guess what happened?  I looked at this ice cool, healthy-looking drink, read the front of the bottle; Kiwi, Lime, Wheatgrass, Vitamins… blah blah, and completely fell for it.  I did the whole, “But it’s got all this good stuff in it” thing.  Ugh.  I fell for the marketing, the hype and the label, (and shamefully, thought it was delicious).

But I’m back on point: These smoothies ought to be a once-in-a-blue-moon treat (same a can of Coke should be) and NOT form part of a ‘healthy diet’.

I went straight back to Lewis with the numbers.

Who would have thought I could get a dentist in the same room as a can of Coke, let alone have his picture taken with one?

But here it is chaps, for the first time in human history. 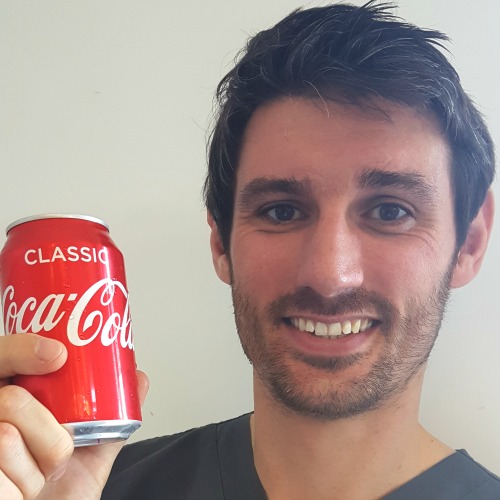 NOT PHOTOSHOPPED. This is an actual dentist holding an actual can of coke.

ME: Do you realize that Coke has less sugar than a fruit smoothie?

ME: So… would you drink the coke?

What has more sugar than a smoothie? 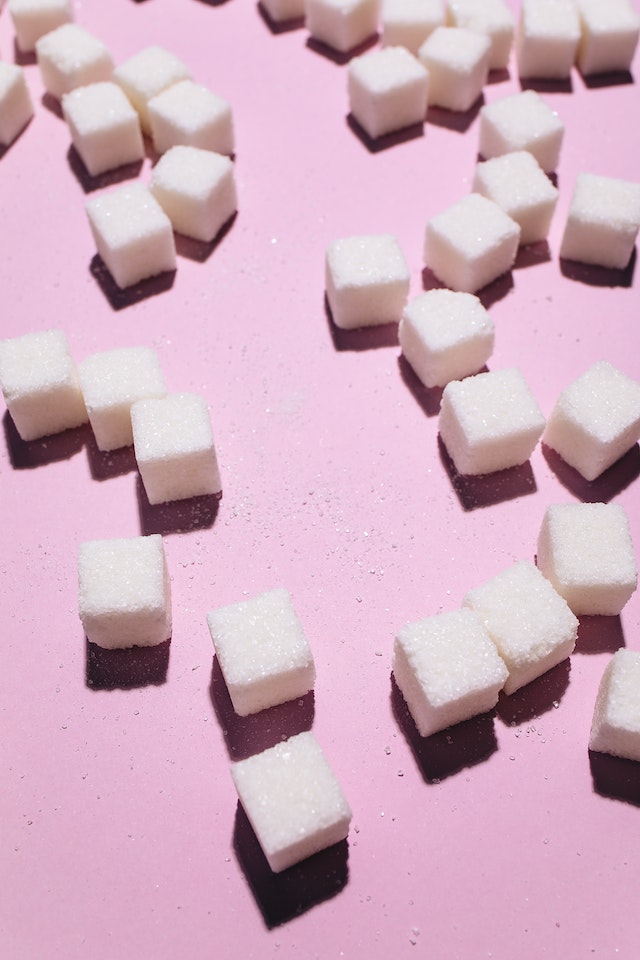 And believe it or not, smoothies aren’t the worst offenders when it comes to sugar content.  Energy drinks designed to hydrate and refresh you after a workout… take a bow.

At 12g of sugar per 100ml, the Lucozade Energy range is the absolute worst for your teeth.

And as it comes in a 500ml bottle, and it’s easy to drink the whole thing (especially after a workout when you’re sweaty and thirsty).  That’s a massive 60 grams of sugar (15 teaspoons).

If there was a sugar Olympics, this would medal.  Total thumbs down.

You know what?  Just a couple of tiny, sensible tips can protect your oral health from all this sugar.

Firstly, floss.  Just do it.

And the other tip is so simple you won’t believe it (and would have saved me from having five fillings...)

Drink smoothies and energy drinks  through a straw. It simply minimises the amount of sugary fluid that’s hitting (and sticking to) your teeth.  Seriously, it’s as easy as that.

The sugar in snacks

The bad news doesn't stop at drinks.  There is nothing worse than thinking you’re being ‘good’ and choosing a healthy snack to find out IT’S ALL LIES!

What would you say about these Eat Natural bars?  Good or bad?

Answer: They are one of the worst!

They contain 17.1g of sugar - that’s over four teaspoons in each bar.  You’d never ladle that amount of sugar into your morning tea or coffee.

The only 'good' thing about most muesli and breakfast bars is how good the marketing is.

It just keeps getting worse, doesn't it?  And then I found this - and it's fascinating and horrifying at the same time…

Australian journalist and film-maker Damon Gameau used his own body to conduct an experiment into the damage that sugar does to our health.  He doesn’t usually eat much or any sugar, but went to eating 40 teaspoons per day and filmed the results.

In just one month, he gained 8.5kg (that’s 19lbs), developed pre- type 2 diabetes, put on 10cm of fat around his belly, and was diagnosed as having fatty liver disease.  All in just 30 days.  But that’s not the worst thing…

You know what he did to consume the 40 teaspoons of sugar a day?  You would think it was by guzzling cans of sweet drinks and biscuits by the truck-load.  But the awful truth is that what he ate for the 30 days is marketed and labelled as ‘healthy’ food.  Fruit and yoghurt bars, fruit slices, and tinned soups (the sort that claim to contain some of your daily veg intake).  He found out things like the fact there’s more sugar in chili sauce than there is in chocolate sauce.

Time for a deeply scientific test.  A trip to the local supermarket and a bit of label-reading.

And you know what?  He's right.

Chaps, I hate to tell you, but dark soy sauce has more sugar in it than even the most sugary drink.  And sweet chili dipping sauce?  You won’t believe this…

Bottles of sweet chili dipping sauce tend to be about 190ml and seem pretty small.  So it’s perfectly possible to blow through 100ml of the stuff if there are loads of veg sticks sitting around just begging to be eaten.

For comparison, I managed to get the whole 190ml bottle into that little bowl I’m holding in the pics.

Now, Damon reported mainly on the effects his experiment had on his body, but there will have been significant damage to his teeth, too.  Your teeth can’t tell the difference between sugar that comes from processed sweets and the sugar that’s found in fruit.

So make sure that the sweet stuff isn’t creeping in to your diet by checking your savoury food for sugar content too.

Sorry to be the bearer of such shocking sugar news, but perhaps this has helped you to understand where your diet is tripping up your fitness goals or why your dentist always seems to have loads to do every time you visit.

It's time to get really great at reading labels - boring but true.

Then just floss (every day, without fail, no excuses) and brush thoroughly twice a day for two minutes each time.  And don't forget that tip with the straw for those energy drinks and smoothies. 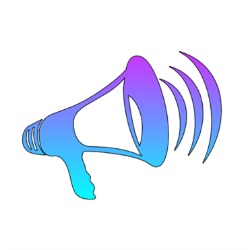 Chaps have their say - "What do you snack on?"

"I thought drinking loads of orange juice was doing me good.  But reading the label of the one I like, it's got 11 grams of sugar per 100ml.  That's a lot, isn't it?  And it's acidic too, so I'm guessing you're going to say this is terrible for my teeth.  Might have to have a re-think."  BH, 55, Bicester

"I tend to snack on nuts as they are slow releasing energy. Tempting to eat the whole pack- but I don’t advise that as they can be high in fat."  MW, 30, Birmingham

And with that, we've reached the end of our Teeth Tips for Chaps.  It's been lovely having you here.

What have we learned?  If you want to ace that interview, cut a dash on a big date or take your grooming and fitness to the next level... step away from those ‘healthy’ snacks and drinks, keep your beard under control and smile your straightest, whitest smile (if you haven’t seen part 1 of Teeth Tips for Chaps, it’s right here.)