Why I hate mouthwash | Ben's Blog 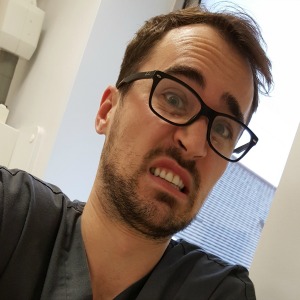 It’s common knowledge here at Clinic 95 that I'm not a massive fan of mouthwash. I often discourage my patients from using it, and here’s why…

It doesn't actually do anything.

The sticky plaque on your teeth needs to mechanically removed with toothbrushes, interdental brushes and floss.  It can’t be ‘washed’ away.
It’s like trying to clean your car by chucking buckets of water at it. You need to get in there with brushes to remove the dirt.
So mouthwash doesn’t wash anything – the name is just clever marketing.

The fluoride found in your toothpaste is there to help strengthen your teeth. An average toothpaste contains 1450ppm of fluoride, enough to have a beneficial, strengthening effect on your teeth. Most people brush with the paste, getting all that lovely fluoride on their teeth, then use a mouthwash which basically rinses it all off, replacing the high % fluoride of the paste with a much lower % from the mouthwash.  Which is bonkers.  Your teeth actually get far more fluoride if you DON’T rinse with mouthwash after brushing.

There are of course a few exceptions.  Let me explain. 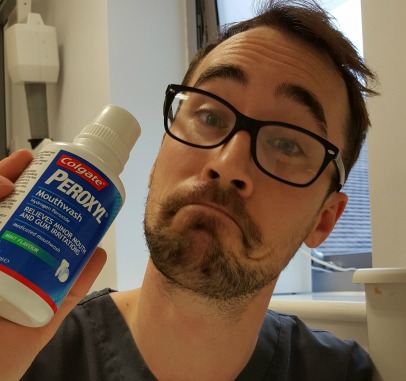 Yeah, OK. This one isn't bad at all

If you have ulcers or have had any trauma in your mouth, Peroxyl is fantastic. It is a hydrogen peroxide mouthwash which helps kill bacteria by producing oxygen, which is what makes it fizz when you use it.  However, it shouldn't really be used for longer than a week.

And if you prefer a more natural approach to things, a tsp of ordinary salt mixed in a tumbler of water, used as a rinse twice daily will usually help keep the area clean until it heals. 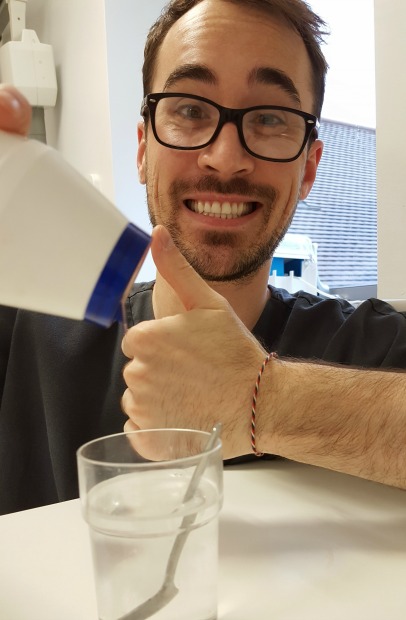 Simple is best. And it puts you in the mood for chips. Win.

So this is really the only time I recommend using any product in addition to your normal toothpaste.  Although, if you suffer from bad sensitivity, it's fine to try Listerine ‘Advanced Sensitive’ mouthwash twice a day.  Just make sure you use it at different times to when using your sensitive toothpaste (more on this later).

Can we talk about Corsodyl?

You know the one – all the really creepy adverts of people spitting blood and teeth.  Yes, the marketing is certainly effective. 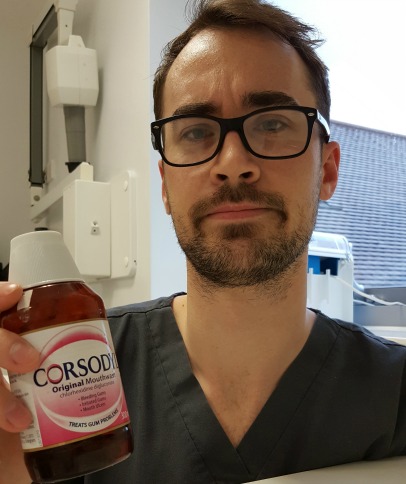 A lot of people use it (are you one of them?) as a preventative measure, often thinking it will prevent them from developing gum disease or will help ‘cure’ their bleeding gums.

But can I just be really clear about something?  It’s just impossible – BIOLOGICALLY, PHYSICALLY IMPOSSIBLE to treat gum disease using just a mouthwash.

Add to that, that Corsodyl is the brand name for a chemical called chlorhexidine, which is actually a prescription-only medicine in the USA. Unfortunately, it's readily available here in the UK.
It has its purpose, but only when it’s clinically necessary and discussed in detail with your hygienist or dentist to make sure that it’s absolutely the right approach.

And another reason I discourage anyone from buying it and using it as a daily mouthwash, is because the side effects are just awful...

The most common is heavy staining on your teeth.  And I’m not talking about after prolonged use – I mean stains forming on your teeth after just a few uses.  And they’ll keep darkening the more you use it. These stains can progress onto your tongue, giving you a nasty thick brown furry coating that in some extreme cases can turn black.

And as if all that isn’t gross enough, it can also have a dramatic effect on your palate, with patients reporting that their mouths tasted burnt, acrid and ‘chemical-y’ afterwards.  And you have to know that this nasty aftertaste doesn’t fade after a few minutes or even hours.   Taste disturbances and taste perception can last for up to a WEEK after using Corsodyl as it takes that long for the natural bacteria in your mouth to recover.

Look, if your gums are bleeding, there's a problem.  But don’t turn to a bottle of disgusting goo you buy in the supermarket for the answer.  Just pop in and see me here in the clinic and I will advise you on your own bespoke cleaning routine to stop the bleeding.  Easy.

Still in love with your mouthwash? 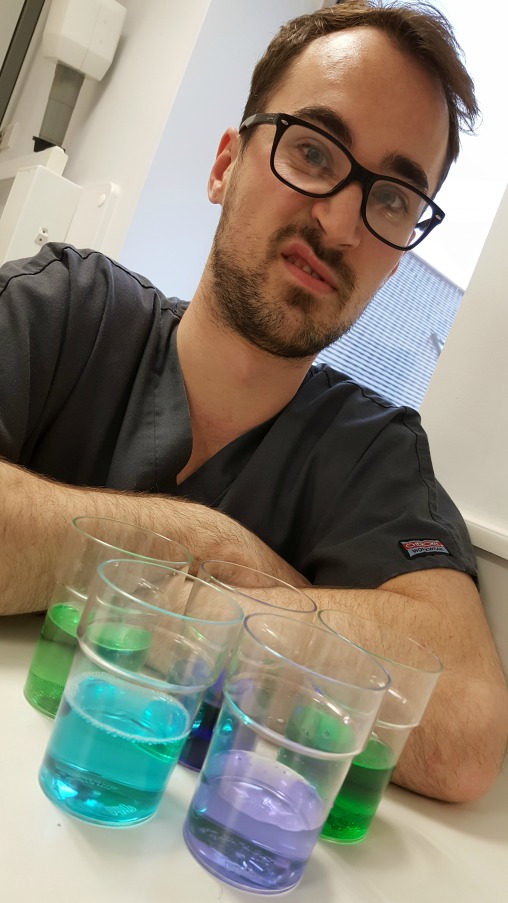 This lot's going down the sink

OK, so now you know exactly what I think.  But if after reading this you still want to continue using a mouthwash, then make sure you follow my simple steps to get the most out of your products.

My last word?  If you’re brushing well with toothpaste, and using interdental brushes and floss regularly, you just don’t need mouthwash.  Save your money (and your oral health), and just try to ignore those adverts on TV.